Women make up 50 percent of the world’s population and every one of us will go through menopause. Unfortunately, far too many of us will do so without a comprehensive—or even adequate—understanding of what is happening to our bodies and moods during this transition. Menopause brings about the end of menstruation, but there is much more to know about the journey and long-term health implications.
‍
Menopause is different for every woman. Some experience multiple, severe symptoms, while others have an easy transition. But one thing is certain: Menopause is more than hot flashes and it doesn’t happen overnight. In addition to possible physical, emotional, and cognitive effects, there are also societal and workplace implications for women during menopause.

We talk about women being “in menopause.” Officially, however, menopause is the term for when a woman has not had her period for 12 consecutive months. But this simple definition belies the multi-phased, years-long experience that marks the end of a woman’s reproductive years and the beginning of a new life stage.

As with puberty, women officially reach menopause at different ages, mostly between 45 and 55. Menopause can also be triggered by surgery and medical treatments. The menopause journey has three phases: perimenopause, menopause, and postmenopause, each of which differs in symptoms and duration for every woman.

This is the heart of the story—and the proper term for what people are talking about when they talk about menopause.﻿
Perimenopause is triggered when estrogen and progesterone levels begin to fluctuate erratically. It typically starts in one's 40s, but some may enter earlier or later.
Perimenopause can last 4-10+ years. This is the phase when a woman experiences the majority of  symptoms, especially as she gets closer to menopause.

A woman has officially reached menopause when she has not had her period for 12 consecutive months.
If menstruation stops for several months and then restarts, the countdown to menopause begins again.
The average age of menopause is 51. On average, ﻿Black and Latina women enter menopause two years earlier than white and Asian women.

The time after one reaches menopause. For most women, symptoms generally subside.
It’s important to be aware of the long-term health risks, especially cardiovascular disease, bone loss, and vaginal/sexual/urinary symptoms.
Most women live an average of 30 years after reaching menopause, with many reporting it to be the happiest time in their lives.

Menopause is confusing. No two women have exactly the same experience and few know when perimenopause even begins. Menopause can arrive naturally, due to surgery, or as a result of medical treatment. It can come on early or late, slowly or abruptly. The menopause transition is not one-size-fits-all.

‍Premature ovarian insufficiency (POI) occurs when a woman’s ovaries stop functioning properly before she turns 40; it can happen as early as the teens.

Early menopause is when periods cease between the ages of 40 and 45.

Natural menopause, which is how the majority of women experience menopause, is when the final period arrives between ages 45 and 55, with the average age being 51.

Late menopause is when a woman has her final period after the age of 55.

Medical menopause can be caused by medical treatments such as chemotherapy, radiation, and ovarian suppression therapy. Because it happens immediately after surgery or treatment, not gradually as with natural menopause, medical menopause is often accompanied by severe menopause symptoms.

Surgical menopause is the instant cessation of menstruation resulting from a bilateral oophorectomy (when the ovaries are removed) or a radical hysterectomy (when the uterus and ovaries are removed), both of which eliminate the body’s hormone-producing organs. Women who enter menopause surgically often experience more severe symptoms than women who come to menopause naturally because of the sudden and extreme shift in hormone levels.

Browse our site to learn more:

Fill out our symptoms checklist!

Please answer the questions to complete the symptoms checklist. While not a diagnostic tool, it is a printable resource to share with your doctor to have an informed discussion about perimenopause. 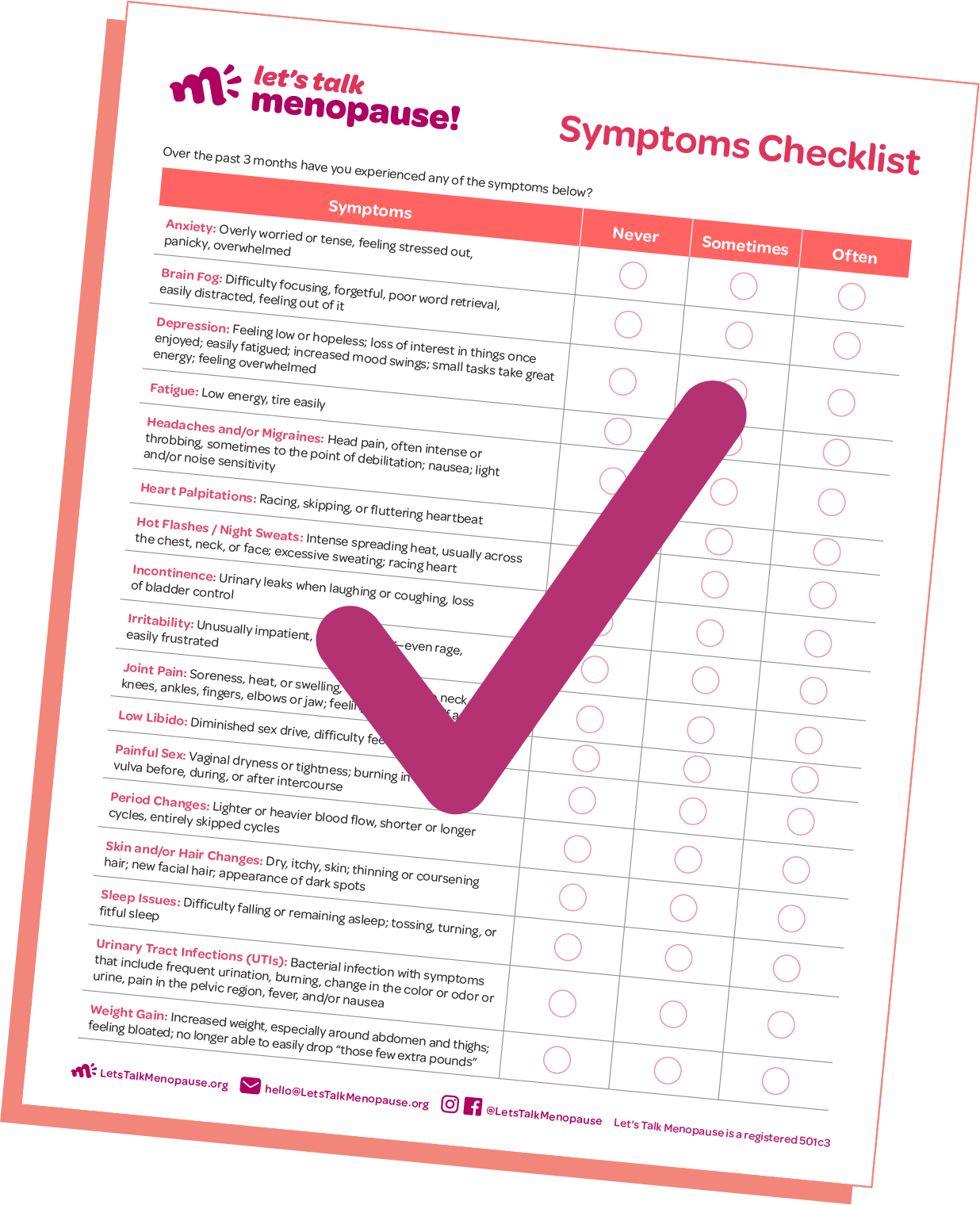 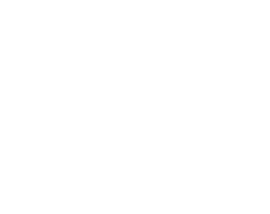 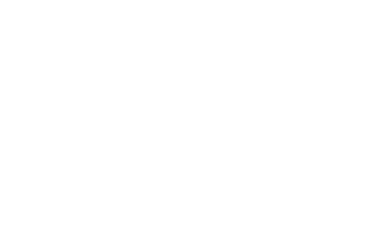